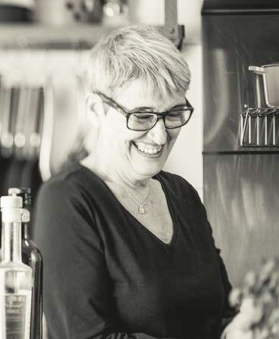 The Mezza Luna cooking school was founded in 1993. In her classes, Elena Faita shares her knowledge and passion of the Italian culinary traditions together with her son, Stefano Faita. But she also makes numerous television appearances. Several invited chefs of Montreal also agree to teach at the Mezza Luna cooking school. The school has between 22 and 24 students per class with two sessions per year. Elena also organizes trips to Italy for students who want to learn more about the Italian culture. The success of the cooking school reveals the current craze for Italian cuisine in Montreal.

Meal of the Month- April